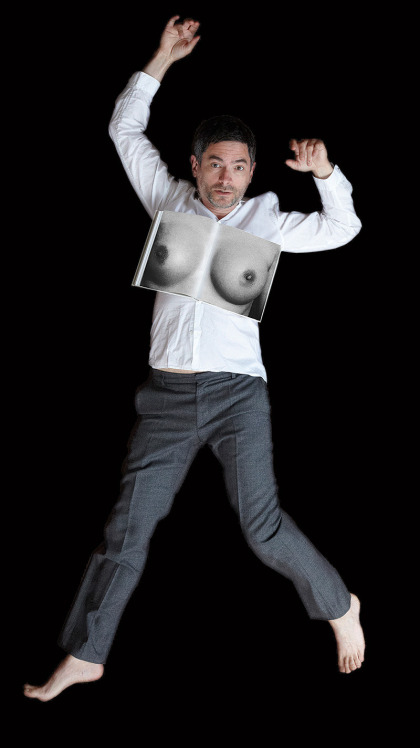 In his new production Morgan Nardi reflects upon the myth of sexuality, bringing up questions related to the social or biological gender. In collaboration with the performance artist and dramaturg Snežana Golubović and the Kenyan musician Olith Ratego, Morgan Nardi developed a performance, investigating intersexuality also being a creative process. He describes the diversity of identities, still considered a taboo subject, as a search alternating between adaptation and integration to the regime of the two sexes. In his dance performance he moves between the dualities of man and woman, questioning them as facets of being human.
Thereby adaptation is referred to as a controversial process, in the attempt to customise the order. Those affected orientate themselves at the breakpoints and contradictions of the conventional sexuality. Trying to make use of it, at the same time wishing to express the longing for social recognition – only to reshape it afterwards. Although the body is indeed the specific reference point and the projection surface of
these narratives, in the very depth it is a matter of the diversity of lifestyles, desires and identities.