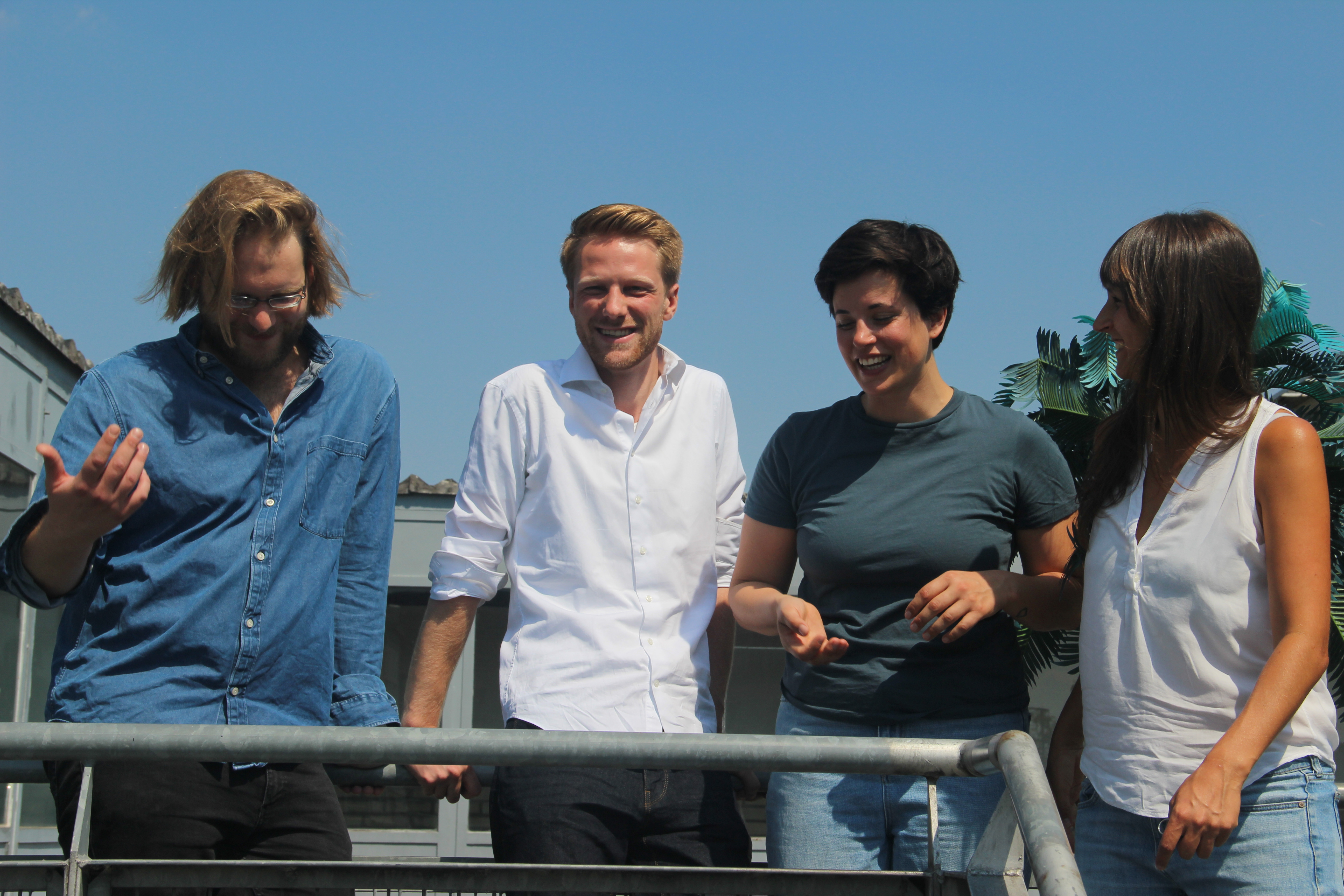 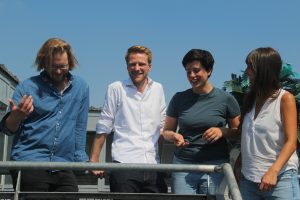 Eleonora Herder (artistic director) has been working as a freelance director and dramaturg since 2012. She studied theater directing in Barcelona and Krakow on diploma. She then completed her master’s degree at the Institute for Applied Theater Studies in Giessen. Recent productions include the audio walk “PORANNY SPACER” (Teatr Ochoty, Warsaw) and the book project “Wo stehst du? A City Guide that is a Performance that is a City Guide,” the performative radio play “ARE YOU THERE?” (Landungsbrücken Frankfurt) and the play “BOUNDARIES- an archive of future found objects (Weltkulturen Museum Frankfurt). Awards: 2009 Young Director Award Barcelona, Postgraduate Award of the Hessian Theatre Academy, scholarship holder of the International Forum of the Theatertreffen 2015. Herder has been a board member of ID_Frankfurt e.V. since 2016. She is currently doing her PhD on site-specific work with philosopher Juliane Rebentisch at the Hochschule für Gestaltung, Offenbach.

Hanna Knell (artistic director) works as a freelance cultural manager and production manager. She studied theater, film and media studies, visual anthropology and theater and orchestra management in Frankfurt am Main and Seville. From 2010 – 12 she conceived and organized exhibitions and event series with international artists and scholars at the Weltkulturen Museum in Frankfurt, among others in cooperation with Schauspiel Frankfurt and Institut français. 2012 – 16 she was a press and public relations officer at Künstlerhaus Mousonturm. At the University of Music and Performing Arts in 2016, she conceived the discussion series Podium konkret on co-determination and equality in the German theater system. Hanna Knell has served as treasurer of ID_Frankfurt e.V. since December 2016. In October 2018, she will take over the project management of the Frankfurt LAB.

Florian Richard (Production Manager) is studying in the Master Theater and Orchestra Management at the University of Music and Performing Arts Frankfurt am Main with a previous Bachelor’s degree in Business Administration and Cultural Management at Heilbronn University. From 2014 to 2016, he worked in the artistic operations office of the Staatstheater Nuremberg and was responsible for the acting and musical theater divisions. In addition to assisting with the festival management of the Tage der Neuen Musik Bamberg, the management and program planning of the Institute for Contemporary Music Frankfurt am Main, and controlling at the Staatstheater Nürnberg, he worked as a freelance production manager and dramaturge for various productions at the Hessische Theaterakademie and the HfMDK Frankfurt. Florian Richard is a fellow of the Roland Berger Foundation as well as the Richard Wagner Association Frankfurt am Main.

Hendrik Borowski (Technical Direction) since 2009 studied Applied Theater Studies in Giessen, worked as a freelance lighting designer for Billinger & Schulz, Paula Rosolen, Scripted Reality and various productions of the Marburg off-theater german stage service, among others. In addition, own theater and radio play works as director, dramaturge and performer.